First event of the day: Lex had to fly back to Merrit Island, since he forgot the bag with all his paperwork and credit cards at the FBO yesterday. According to the weather forecast, we would get some bad weather during the morning, so it was questionable whether he would be able to return to Kissimmee. We were still stuck at Kissimmee, since the paperwork of Ferdinand was not yet completed.

By the time Lex was returning to Kissimmee, the thunderstorms were hitting Kissimmee. We just tied down his plane when the wind and rain hit the airport.

After a few hours, the weather became much better. The thunderstorms moved away from Kissimmee, however not from the airport that we planned to fly to today. As a result, we did exactly what we did last year: change the route to match the weather. We’re going to fly to Chicago first; then New York and back to Kissimmee.

Although the paperwork of Ferdinand is still not completed, we decided to start the tour. Ferdinand and Tom will remain in Kissimmee and catch up once the documents are there. Therefore Egon, Lex, Kees, Jeroen and myself took off for our first stop: Cedar Key. During the flight we encountered several rain showers; but since we could easily circumvent them, they were no issue. They resulted in some nice pictures though. 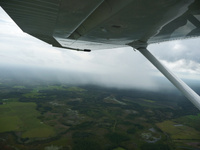 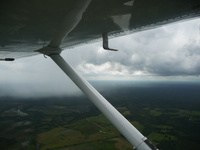 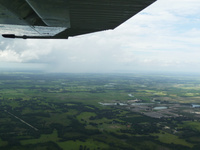 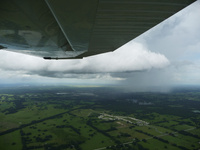 We’ve been to Cedar Key before in 2008; it’s an airport that is situated on a small island and therefore starts and ends in the water. 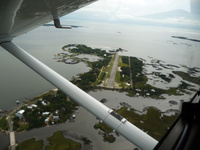 There’s nothing on the airport of Cedar Key, so after a short break it was time to move on to Tallahassee. We ended up with the FBO named “million air”; what a brilliant name. The interior of their building matched their name, 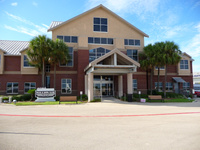 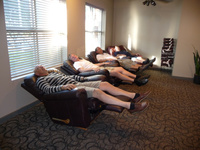 After our landing we found out that Ferdinand’s documents were approved and Tom and Ferdinand also left Kissimmee on route to Tallahassee. For us this meant that we had a few hours of waiting ahead. The weather was beautiful; a nice 23 degrees. This airport is used by the US Navy for all sorts of training. While we were there, an Orion was practicing touch and go’s and there were some other aircraft of the US Navy stationed here. 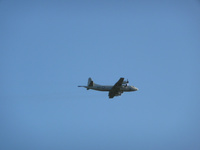 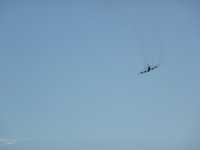 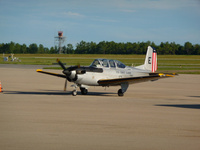 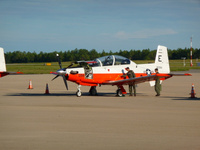 Once Ferdinand and Tom arrived, we got to our hotel to enjoy a nice dinner and to celebrate that we were “on the road”. Tomorrow we’re heading to Chicago.

That’s it for today. Have a look at the pictures of today: Flying from Kissimmee (KISM) to Tallahassee Regional Airport (KTLH) and the tracks of today: