Today is the last flying day of the tour; we need to bring the planes back to their home base. For our plane that’s Palomar, for the others it’s Montgomery. The forecasts for these fields are not very good; the fog that we saw yesterday afternoon has moved inland to the south of where we are and where we need to go to. Visibility at Monterey is not an issue; the fog is still over the ocean. 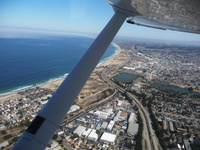 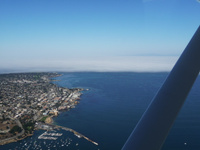 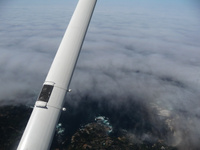 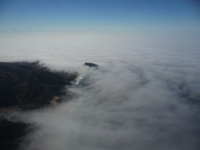 By the time that we are getting close to our first planned stop, we find that that airport is not an option; visibility and cloud base are way too low. We deviate to a nearby airport: San Luis Obispo. The weather here is perfect and we’re just 5 minutes away from the original planned airport… San Luis Obispo is situated in a valley and the mountains between the valley and the ocean keep the fog out. After lunch we move on to the south. Next stop: Whiteman; an airport in the northern part of Los Angeles. In order to get there, we have 2 options: follow the coastline and potentially run into fog and a low cloud base or go inland where we need to maneuver between the mountains. We chose for the mountains and that was a good choice; visibility was perfect. We asked for flight following, a service where Air Traffic Control monitors your flight and provides useful information along your route. By the time that we were getting closer to the mountains ATC got more and more worried. They really care! It’s another example of a service that makes flying in the USA good fun. 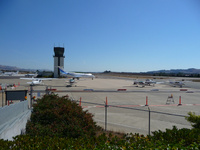 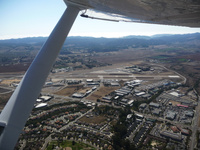 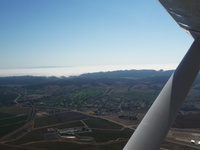 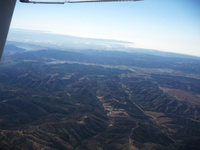 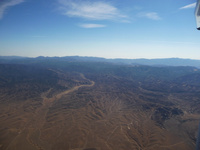 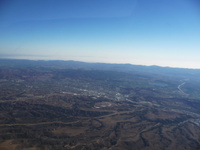 We got to Whiteman without any issues. At Whiteman we looked at the weather reports and forecasts of both Palomar and Montgomery. It was quite obvious that we would not get to these airports today. Both were IFR only… So, next stop: Gillespie; it’s close to both Palomar (about 30 minutes) and Montgomery (about 10 minutes) and both the weather report and forecast were looking good for that airport. In order to get to Gillespie, we need to overfly Los Angeles… and that’s a big place with a lot of airports. Several VFR routes are available and we discussed to follow one of them that would take us over the city on the east side. But just after takeoff, ATC took over: fly this track, that track, etc. Fabulous! We are overflying one of the biggest cities without any problems. We hear Lex and Max struggling over the radio; but in the end everyone ends up at Gillespie. 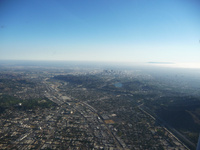 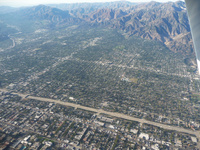 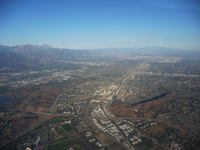 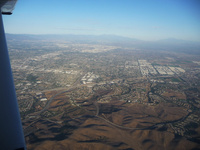 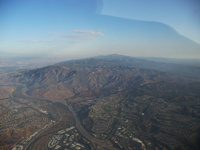 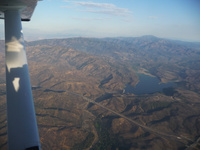 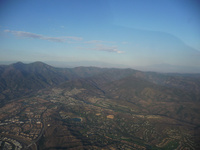 We found a motel in El Cajon, just 5 minutes away from Gillespie Field. There’s not a lot to do in El Cajon, but we did end up in the local “saloon”. Tonight you can learn to dance here and later on the planning shows karaoke… We witnessed it all (no, we did not participate; the locals were more than capable messing it up themselves ;-)

That’s it for today. Have a look at the pictures of today: Flying from Monterey (KMRY) to Gillespie Field (KSEE) and the tracks of today: