The first stop of today is Barstow – Dagget; a small airfield in the middle of nowhere. It’s just a stop to relax; have a drink and then move on. There are so many fields like this in the US. Their in the middle of nowhere; have hardly any services (besides fuel, coffee and a toilet), but there’s always people around to “manage” the field. Like at this place: there are 2 men in the “office building” to manage this airport. Strange… 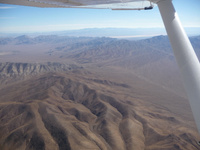 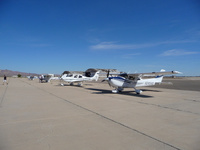 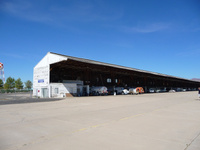 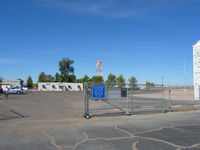 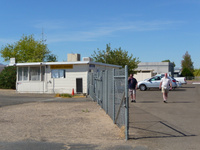 The next stop is Mojave. It’s in the middle of the Mojave dessert; an ideal place when you want to work on stuff that you don’t want a lot of people to see. Strange and wonderful things happen at this airport. There are numerous companies working on all sorts of new aircraft and technology. 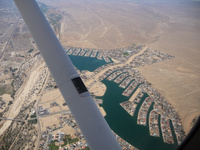 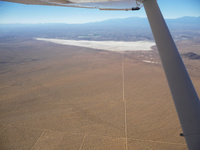 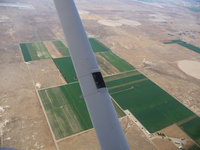 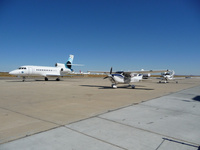 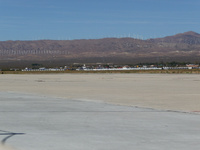 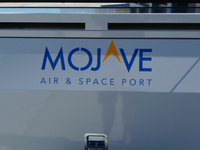 You can’t see a thing, until you walk into the local restaurant. Here we met Richard Branson. Yeah right, you think… Lex just asked him if we could take a picture. Not a problem at all. Great guy; that’s the way to do it. Unfortunately, Burt already left otherwise he probably would also have joint the photo session. 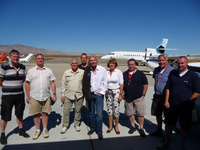 So, why would Richard Branson be here on 10-10-2010? Well, we found out after looking at one of his websites Virgin Galactic: the VSS Enterprise made its first crewed gliding test flight. This is one of the things that happen at this airport. We were just a few hours too late, otherwise we may have had unique pictures…

The next hops brought us to Bakersfield and we ended our day at Mariposa-Yosemite; a small town close to Yosemite national park. This is another beautiful airport to fly into. The scenery is fantastic and the airport is slightly upslope which makes it even greater to land at. 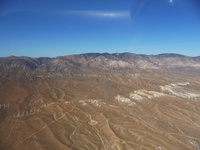 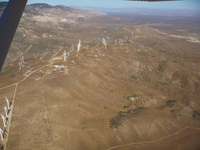 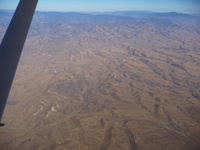 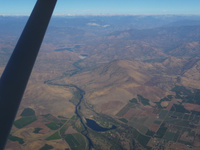 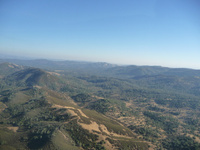 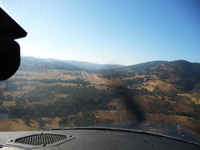 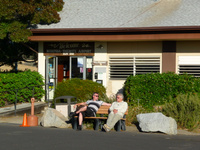 That’s it for today. Have a look at the pictures of today: Flying from North Las Vegas (KVGT) to Mariposa-Yosemite (KMPI) and the tracks of today: