Let’s get the hell away from here…

As mentioned in my previous post, Laughlin is a cheap version of Las Vegas. Well, I think that “cheap” doesn’t cover it at all… It’s worse than that! We’re more than happy to leave this place. According to the forecast we will have beautiful flying weather today, so time to move on to Sedona. 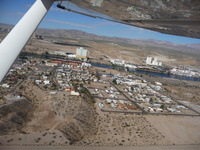 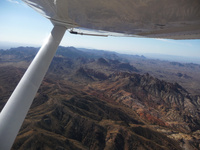 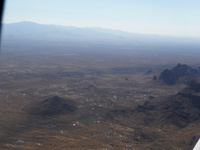 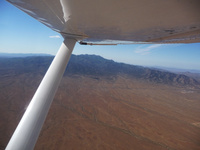 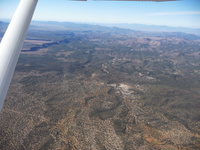 Sedona… A place that we will remember for some time. This airport is situated on a hill and is located in a valley, so it’s surrounded by hills and mountains. Add a lot of wind to this scenery and you’re faced with a challenging landing! There is a strong crosswind, which is very gusty; then due to its location, there are updrafts and downdrafts just before landing at the strip. Jeroen had to work very hard. Ferdinand didn’t make it on his first approach and the second one was “interesting”. After all that excitement, we went into town for a bite and a drink. 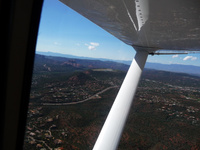 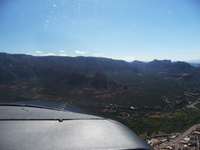 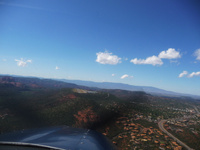 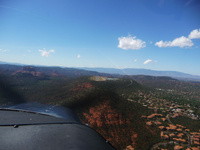 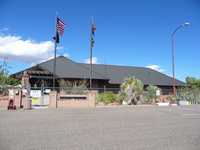 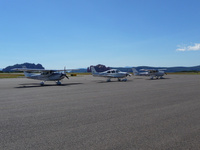 On our way back to the airport, we stopped at a viewpoint. Have a look at this: 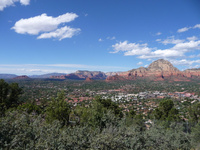 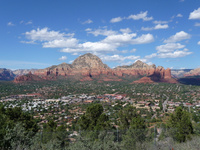 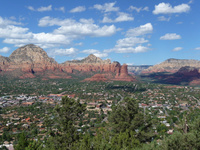 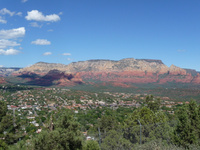 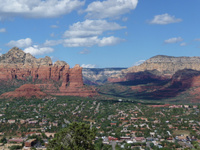 Next stop: Winslow-Lindbergh. On this track we passed Barringer Crater. 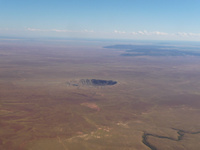 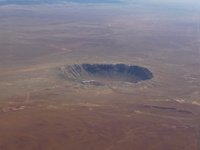 Then on to the next challenge: landing at Kayenta. The wind is very strong and gusty. But I mentioned to land the plane safely. Then we waited for “Team Slow”. Flying a Cessna 172 in these conditions (high temperatures, high altitudes, 3 people on board) is quite difficult. This plane doesn’t have the engine power that the other teams have. It’s safe to fly in these conditions, but it requires skills to land the plane under these circumstances. The team tried, but finally decided to abort the landing and fly to the next field. Looking at their approach and the effort it took to get our plane of the ground, I think that was a very wise decision. Kayenta lies in a valley and this shows quite nicely on some of the picture, where a dramatic change in the landscape is shown. 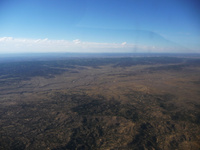 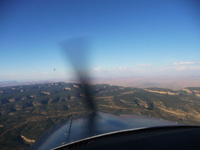 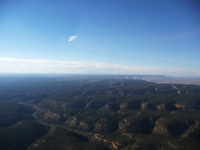 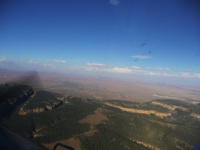 The last track of today brings us to Page. After takeoff at Kayenta, we overfly Monument Valley; it’s just fabulous. 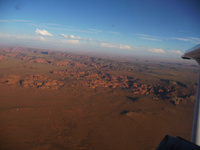 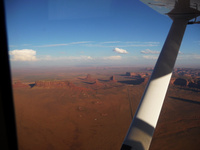 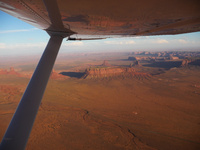 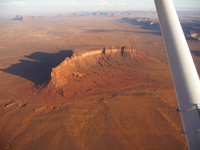 Today we found that flying at the end of the day, with the sun going low on the horizon and having a windshield that scratched to the max is not the best combination. The visibility was so poor, that at we had to look out of the side windows in order to find our way. Something to keep in mind for the next days.

We ended the day in a local bar and grill restaurant just 50 meters away from our motel. There’s a band playing tonight and it’s great to see the “locals” dance and having a good time. That’s it for today. Have a look at the pictures: Flying from Laughlin/Bullhead (KIFP) to Page (KPGA) and the tracks of today: