Away from the mountains, on to the coast

Yesterday I had all sorts of weather. Blue skies, snow, rain and wind. Last night it rained and while I was sleeping it must have snowed again… 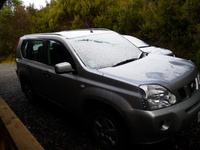 Therefore I drove back to the car parks this morning to take some more pictures of the mountains hoping they were white on top. And they were. 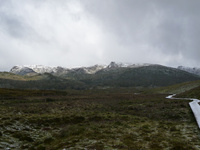 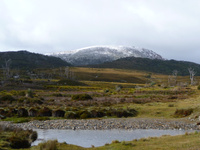 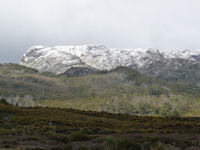 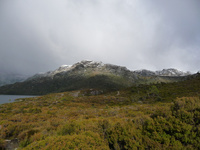 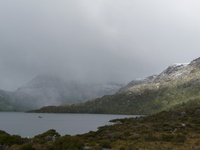 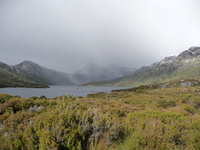 Time to leave this place and head on to the west coast. The route isn’t that exciting. Long roads with trees on both sides. And it goes on and on and on. So when I noticed a “scenic lookout” sign, I deviated and stressed Tom Tom again. I ended up at this dam. 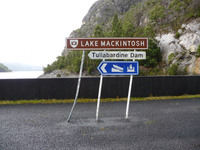 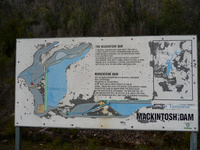 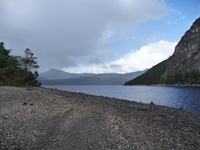 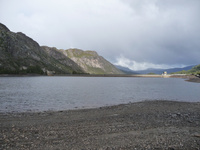 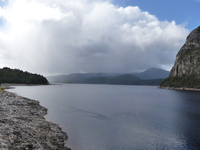 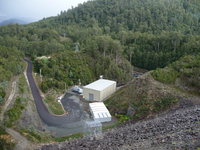 And then it started to rain again. It’s a strange day today. From here the views aren’t getting better. It’s a boring drive to Strahan.

As I got more or less into Strahan, there was another lookout sign. It took me over a long dirt road and eventually I ended up in the middle of nowhere. There’s a camping site here, but it doesn’t look that good. It’s probably the combination of the poor weather and the fact that the season is over. There’s nobody and nothing here. But then, it allowed me to take a picture of the famous lighthouse… 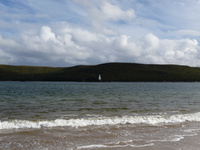 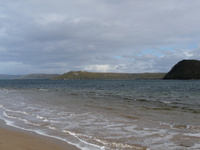 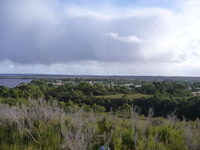 After all that it was time to move on to Strahan. By the time I got there it was already getting dark. I noticed quite some people walking around the harbor and they were obviously not locals. This place is all about tourism. There are all sorts of cruises and other day trips you can book here. Well, the day is over again. It wasn’t the best day I must say. Again, it’s probably the combination of the not that inspiring route and the poor weather. Well, you can’t have fun every day…