Slowly we are leaving the Outback and getting back to the crowded areas. Today we move on to the East, we fly to Longreach with a landing at Lark Quarry. Since there is so much to show and tell, I have split this track up into 3 posts. This is the first one.

Before we leave Boulia, some quick snaps of Main Street and the lovely motel we stayed last night. Here’s the Fast/Marks/Willick-team working on their pictures and blog entries. Have a look at their site as well. There’s a link to it on the right. 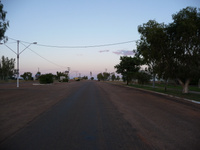 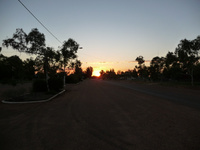 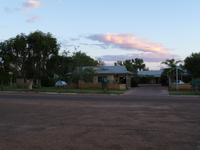 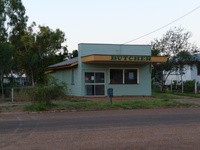 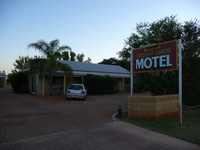 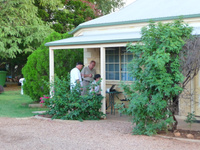 Then by taxi to the airport again and off we are. Bye bye Boulia. Have a look at the swimming pool/sports centre to the top right. It was blocked on the pictures yesterday, but shows quite nicely on this one. 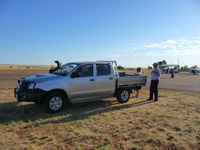 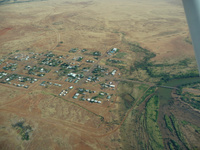 And again a lot of amazing views today. 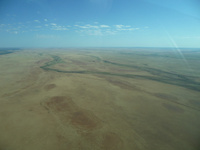 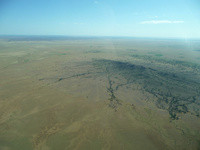 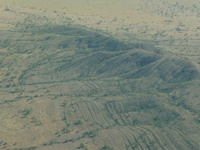 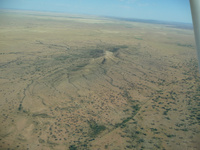 This is what they call a “River”. As you can see there are several streams here. The flow is relatively low, since it’s quite a flat country. So the water has to move sideways and the river can become up to 9 kilometers wide… And then you have a serious flooding and could be stuck to your home or town. 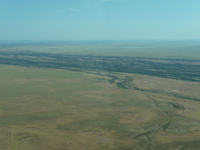 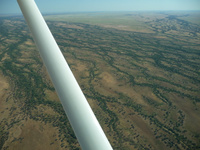 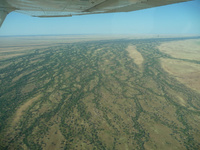 Some more nice views of the changing landscape. 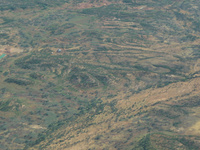 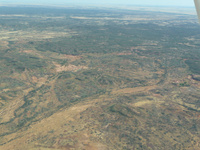 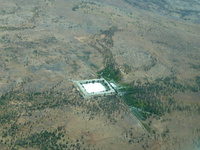 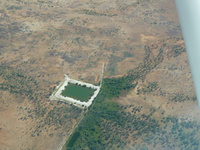 Then the first stop of today: Lark Quarry. This is real dirt strip and it does not have an official identification code (I wonder how to register this landing in my logbook…). We first have to do a low pass to get a good view of the strip. And then plan for a short field dirt strip landing. After we landed, we informed the other planes about the strip. 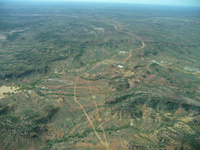 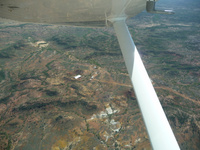 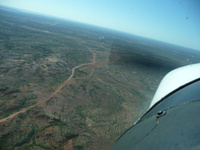 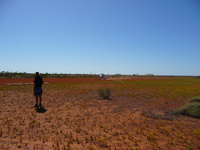 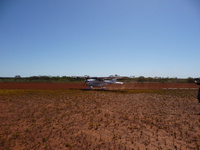 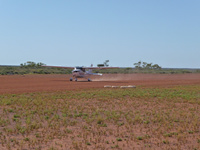 By overflying the complex, we informed the team there to pick us up. Some 10 minutes later the Landcruiser arrived and we went to the Lark Quarry complex. More on that in the next post.