Time to leave the “big city” and move on to Boulia. Boulia???? Yes, it does exist. And yes, it’s not that big or interesting… We are on our way to the coast and we are too far inland to get there in just 1 day. Boulia is therefore just a “one-nighter”.

So here we are again at an airport, fueling up the planes and planning to do some serious airtime. I explained a bit about the Royal Flying Doctor Service in my previous post. Well, here’s one of their planes, being prepared for another flight to help those who are sick or injured. 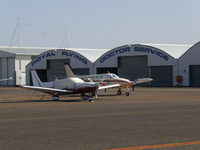 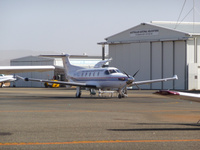 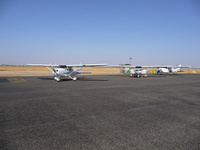 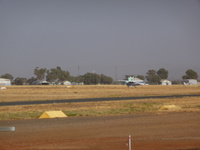 After watching the two other planes take off, it was time for us to leave as well. Initially it’s not that good a day to take pictures. There’s a haze low to the ground and the sun is not strong enough yet to burn it off. When leaving Alice to the east or north you cross some nice hills/mountains. 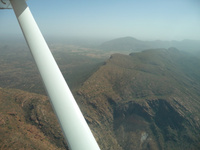 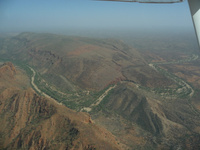 The sky is clear and it’s a bit bumpy at the lower altitudes. So we climbed up to 9500 feet. At that level it’s much colder which is nice when you come from a 30+ level. But after flying at that level for some hours I was freezing… 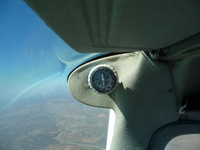 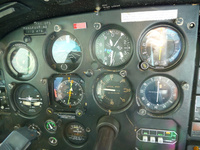 Getting closer to Boulia the colors of the land turn from green to red/orange/brown. It’s one of these things that make flying here special. The colors are constantly changing and the vast distances are incredible. 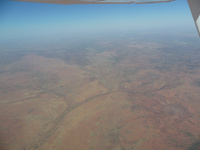 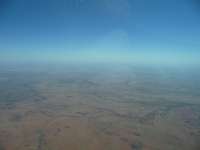 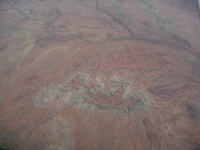 Look a white spot below us (halfway in front of the strut). Ohh, that’s one of our mates heading to Boulia as well. 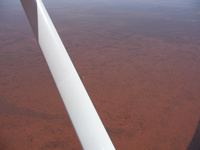 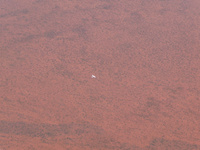 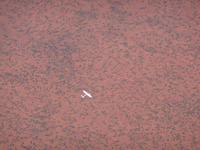 And when there’s one, then the other should not be too far away. Ahaa, there they are… 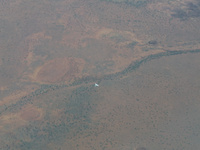 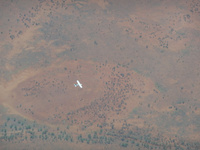 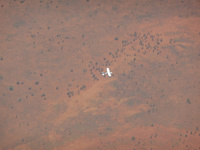 For those who did not know: it rained a lot lately in Australia. As a result there is water in rivers that normally hold no water. And when there’s water, there are plants, trees and animals. 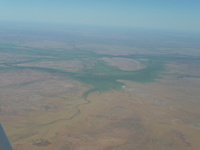 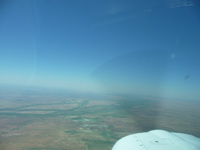 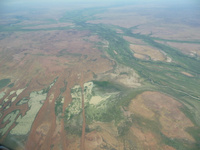 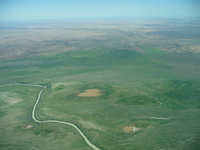 There it is: Boulia in all its glory. No, this is not just West Boulia; this IS Boulia. 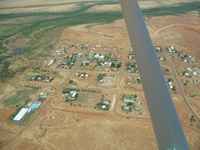 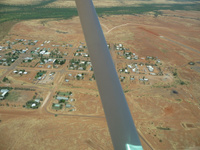 Back on the ground. Temperatures are up again (30+) and I have a lot of fly(-ing) friends again. One of the reasons to fly around the town was to inform the taxi that we arrived. Although this is a small town, you do not want to walk to the motel with your entire luggage with these temperatures and flies around. 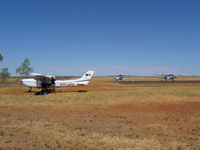 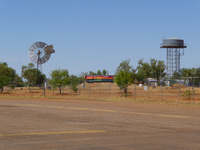 A quick shot of all the local attractions: the windmill and the water tower. Well, this is not entirely fair. Boulia has a Olympic sized swimming pool and sports centre. You can’t see it on the pictures, since the building is blocked by the strut… When reading the information bulletin in the motel, it became clear that the town invested over 3 million dollar in those facilities. So they do have all what’s needed to survive in the Outback: a swimming pool, an airport and a pub;-)

And let’s not forget to mention the terminal building of Boulia with all its facilities and its permanent residents (no, not the one with the cap…). 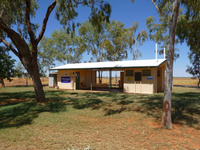 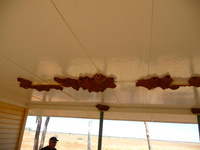 So, where are we now?

Time to find the local pub and have a cold one. Oh, there it is. At the end of the main street; that building with all the cars parked in front of it. On to meet the locals.