After all the small towns in the Outback, we have now arrived in the “big city” Alice Springs. Well with a population of about 26000 it’s far bigger than the other towns (Birdsville had about 60 - 80 and a place like Charleville about 3500 people). So we have a “shopping mall”, several restaurants and bars etc. We will stay one day here and Clare has organized a nice tour again.

We start the day by going to the Alice Springs Desert Park, a place with all sorts of fauna and flora. It’s a fairly big park and we strolled around it for a few hours seeing all sorts of plants and animals. So I had another opportunity to get close to a Kangaroo… 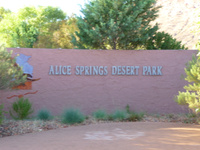 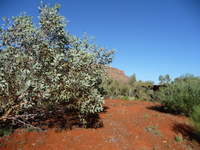 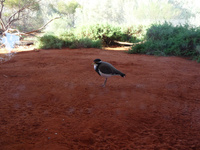 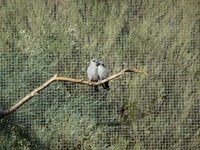 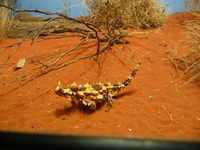 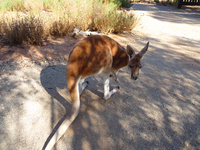 We also visited a very interesting bird of prey demonstration. And for those smart .ss.s out there: no it’s not about the big bird in the first picture… 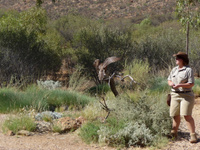 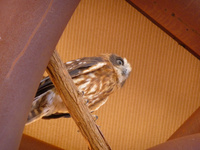 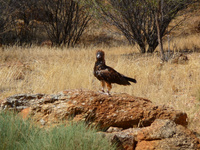 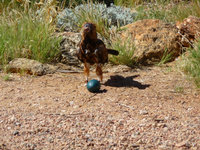 After all the nature stuff, we moved on to the Royal Flying Doctors Service museum. Here you can find a lot of information about the history of this organization and what’s going on today. Alice Springs has its local command centre and there are 4 planes based here to provide the medical services all around. 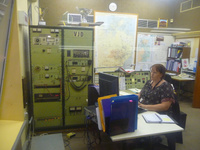 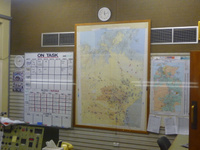 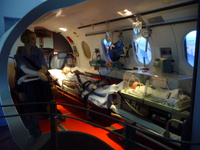 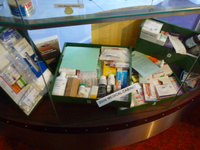 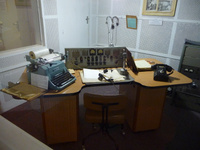 Later on we went for some shopping (some of us had to have a real Australian hat or get their hair cut) and for a nice refreshing beer in one of the bars here.

In the evening we visisted a didgeridoo show in the Sounds of Starlight theatre. If you ever have the opportunity to visit it, do so! It’s an amazing show and we all had to play our part as well. Here we found out that Clare CAN actually play the didgeridoo, although I would like to advice him not to give up his current job yet. 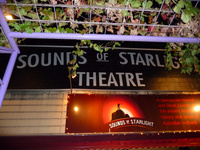 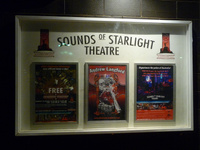 Again we had a very pleasant day. The weather is good again (temperatures in the high 30’s). And it’s clear that this is not a regular Outback town. It’s too big and there are too many shops and facilities around to have that nice Outback feeling to it. But it’s also good to see some more people around. I even found some Dutchies here… they are just everywhere aren’t they?!?!?