Time to find the big rock

Today we will fly to one of the most famous and popular places in Australia: Uluru.

The day started with something unusual: rain, wind and cold weather. Yesterday it was 35 - 40 degrees. This morning it’s cold (less than 20 degrees). Feels like home ;-) After fueling up the planes we took off; according to the weather information, we would fly away from the bad weather quite soon. And the forecast was correct. 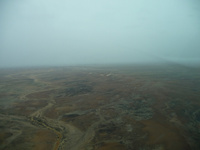 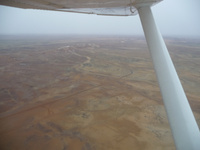 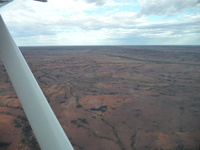 The distances here are enormous. You can fly for hours and hundreds of kilometers without seeing a single house or vehicle. It’s amazing that somebody would want to live out here, but they do. This is the Outback and live is harsh. We moved from dry and dead to green and saw all possible colors on our way over. Just look at the pictures. 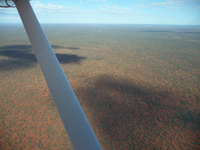 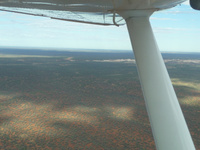 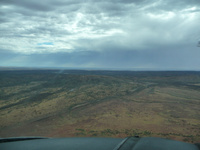 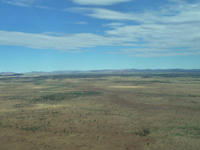 Since the distances are enormous and we are flying VFR (meaning we find our way by looking outside and navigate based on visual information) over land that hardly has any usable visual points, navigation has to be taken seriously. I fly based on the GPS but Clare constantly looks outside to verify we are heading in the right direction and when the GPS would fail, we know where we are. 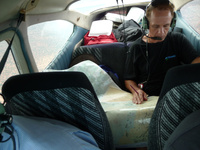 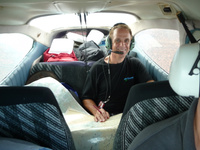 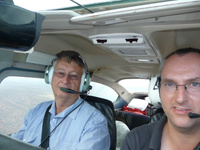 When we got mount Conner in sight, we knew we were getting close to that big rock. But first we did a 360 and had a close look at this little brother of the famous one. 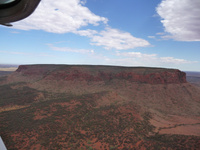 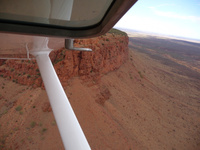 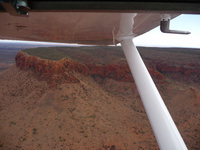 On our way to Uluru we caught up with the other two planes that took off before us. This is the way we have things organized: the slowest plane starts first and the faster will follow. Since we have the fastest plane, we always start last but arrive first. So every flying day we have the opportunity to take pictures of the other planes. Well, if we can find them. Although we all fly the same route, for some reason we have passed Harrold and Marjie several times without seeing them. We think they have found a stealth button in their plane… 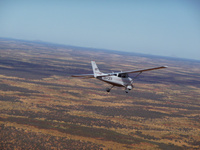 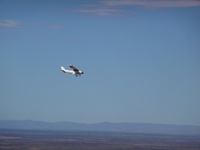 And then there he is… 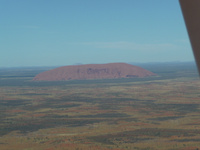 Uluru airport (well actually its official name is Connellan airport) is quite a big, untowered airport. They were quite happy that we arrived earlier than planned, since they expected 4 big Quantas planes after us. This place is very busy. Well it’s one of THE tourist attractions of the country. 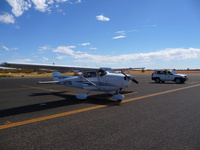 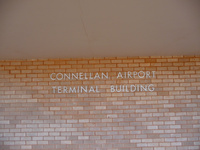 We ended up in our hotel: Sails in the desert. And the name says it all. 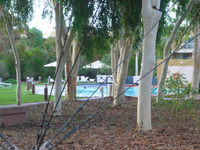 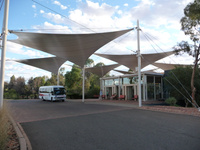 After a nice dip in the pool and doing some laundry, it was time for dinner. Tonight we will be dining under the stars. So a bus picked us up and brought us to a nice place some hundred meters away from the hotel. Here we had a fantastic view on the rock and we waited here for sunset. 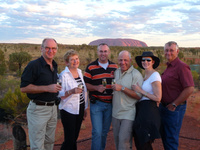 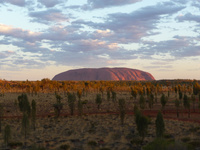 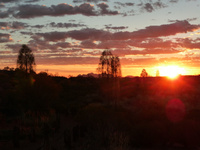 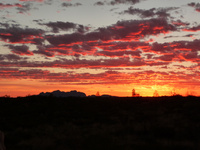 Then we walked for about hundred meters where they had setup our tables. The dinner was great and when we got to the desserts we heard the music of a didgeridoo. Up to today I only heard the sound of this instrument via my television and as I now found out, it is far better when it is played live by a good musician. We ended this evening by watching the stars. And then it was bedtime.