It’s been a few days since I posted my last blog. As stated before, we don’t always have access to the Internet. And as a result of that, I have not been to upload all my photos yet. So what happened? Well, the air safari started.

Tuesday 17 March the group that is going to participate in the safari met and we drove to Toowoomba. We have 5 people in the group: Marjie and Harold Fast, Janice and Reg Willick and then there is me. The tour is organized by Clare McEwan owner of Air Safaris Internationa and we have a lead pilot Ray Garner who is going to make sure that we end up where we should end up. With the exception of Ray and me, all are from Canada. Ray is a “local”; he is from Toowoomba. Ray is an instructor working for the Darling Downs Aero Club. We will use the aircraft of the club for our air safari. Ray and Clare have done the planning of the routes that will be interesting for us to fly. The following picture shows Marjie, Reg and Janice. At this point I don’t have pictures of the others yet. But you will see them later on during the tour. 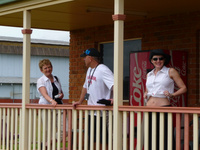 Wednesday 18 March was all about getting the paperwork done and the pilots (Harold and Reg) had to go through their flight review in order for them to fly here in Australia.

I did not fly today. It just didn’t make sense. Since I will be flying in a Cessna 182 with retractable gear and a constant speed propeller and I have never flown such a plane, I would not have been able to learn how to do so in just one day. Ray is an instructor, so he will teach me how to fly this one during the following days. And if he thinks I can handle it, he will sign of my logbook allowing me to fly it on my own.

The afternoon was used to have a good look at the charts and to look at the route in more detail. We also got a short instruction on how to use the survival kit, since we are going to fly in the Outback; this is a place where you will die if you are not found in a few days… 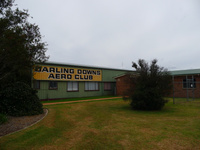 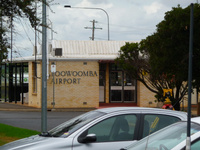 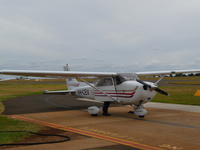