What's going on down there?

Cyclone Hamish has caused a big problem here. A cargo ship lost 31 containers with chemicals and one of these containers punched a hole in the oil tank of the ship. Result: a big oil spill (230 ton of it) along the coast (it’s spread over 60 km). And that’s a big issue for this area. Not only because of the impact on nature, but this is the area where the nice beaches and the surfers are. So it has also an economical impact and that’s painful in these difficult times.

Yesterday was a very; it rained the whole day. Not a lot of water, but it was constantly and enough to get real wet…. This was the perfect day to read the “Australian visual flight guide”. I need to be aware of everything in this nice 400+ pages document in order to fly a plane in this country. And since the air safari starts in a few days, it was good that we had a wet day ;-)

Saturday started out nicely; I walked towards the Roma Street Parklands; a nice green oasis in the city. Here you find a small, well maintained garden with all sorts of plants and trees. And in this park there are several barbeque area’s where the locals can go to and have some nice time. Ausies are really into the BBQ’s… 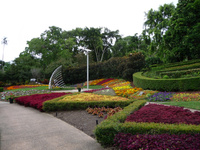 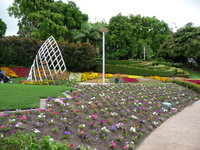 The day started nicely, but then there was this big raincloud that I had not seen coming (there are a lot of trees here and Brisbane city is not a flat landscape) and it gave me another, unplanned, shower… Once the rain stopped, back to the hotel… After getting some dry clothes, it was too late to go for a big walk. I ended up back in the city, had a few drinks and relaxed listening to the live music they were playing today. 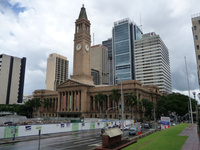 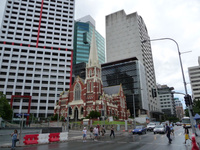 Every here and there, you will find some nice details. Like this: 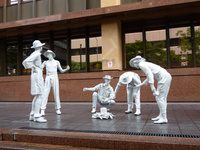 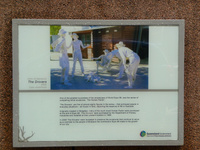 Then I got a phone call from Clare. He is the organizer of the air safari; we have been emailing for months now, but never met or spoke to each other so far. He has arrived in Brisbane, so we planned to have dinner tonight. It was nice to meet the man that has been working so hard to organize the flying tour and helping me out getting the official documents from CASA required to fly a plane in this country.

All in all, it’s been a few interesting days again down here.

Here you can find all the pictures of today: 2009 Australia Brisbane Day 4